Our travels through Mexico continue on from Tulum with a stop at the ancient Mayan ruins of Coba and the colonial town of Valladolid, Mexico. 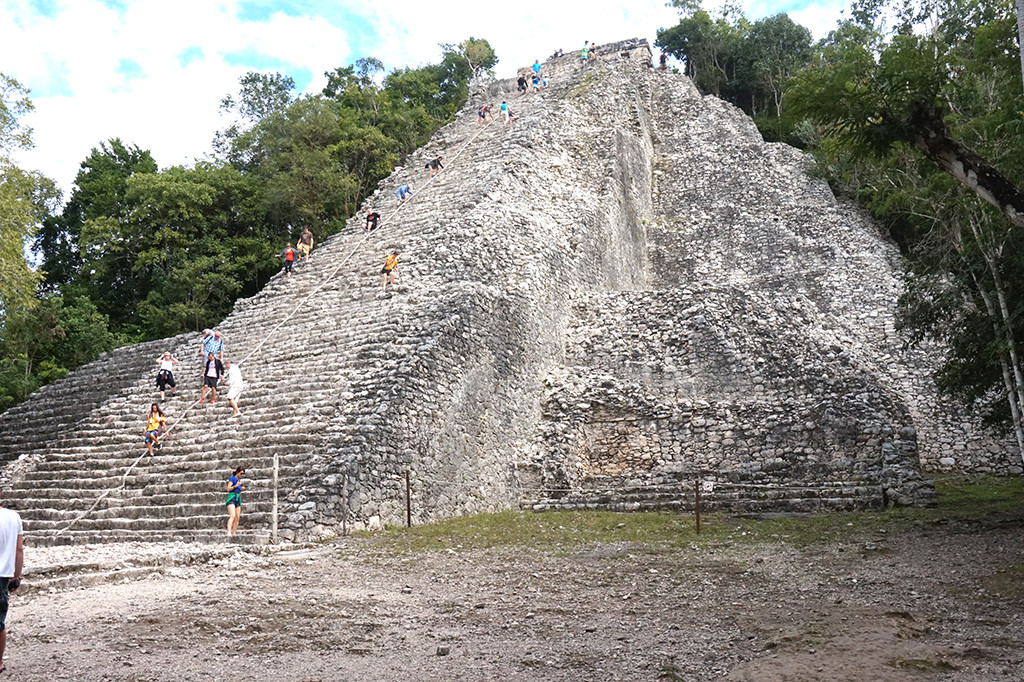 About 45 minutes directly to the northwest of Tulum is the archaeological site of Coba.

We decided to visit this particular site over the well-preserved Chichen-Izta (UNESCO world heritage site and one of the new seven wonders of the world) because we wanted to climb the pyramid which is no longer allowed at Chichen-Itza.

Coba has the tallest pyramid on the Yucatán peninsula, called Nohoc Mul . Dating from 600-900 A.D., most of the 6,500 structures remain covered, exposing only a sliver of what was a main centre of Mayan civilization in the Yucatan. 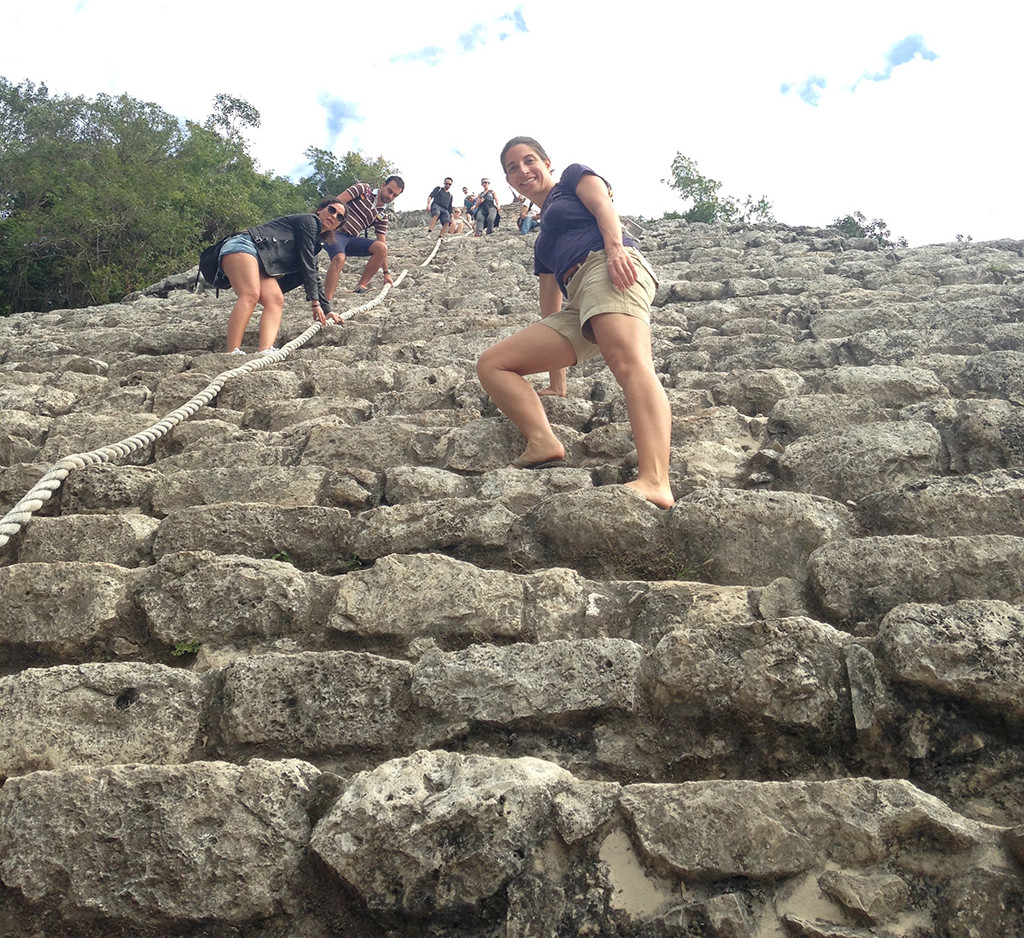 Tourists holding onto to the rope. Climb at your own risk!

Coba is not a single site but part of a large group connected by 16 Mayan ceremonial “white roads” called sacbe – something I had not seen before at other Mayan sites I’ve visited. 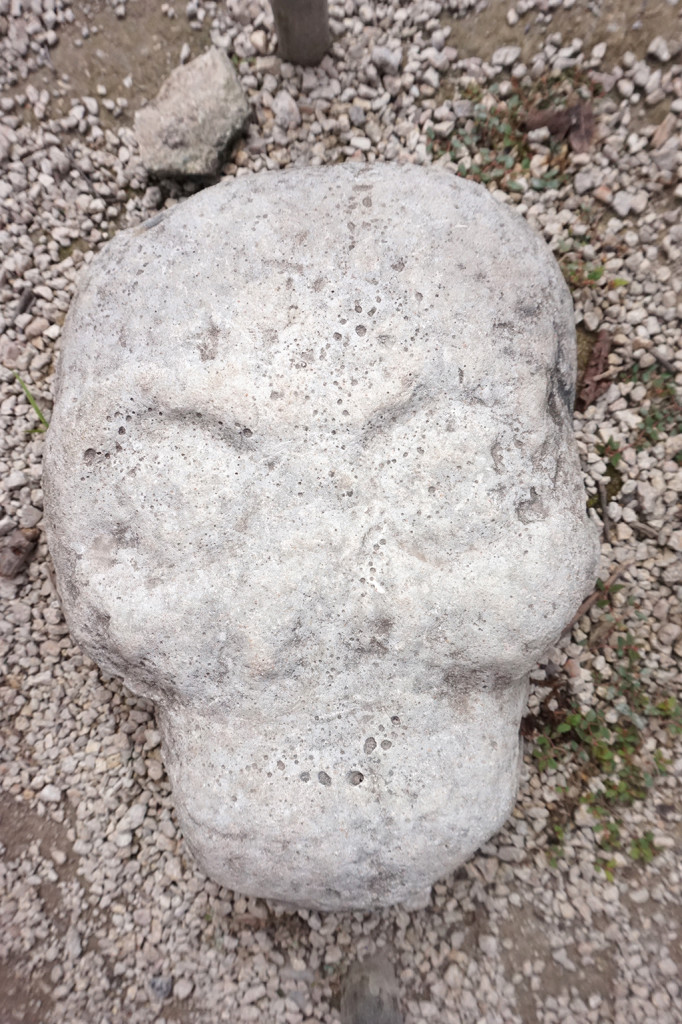 skull rock in the floor of the ballcourt 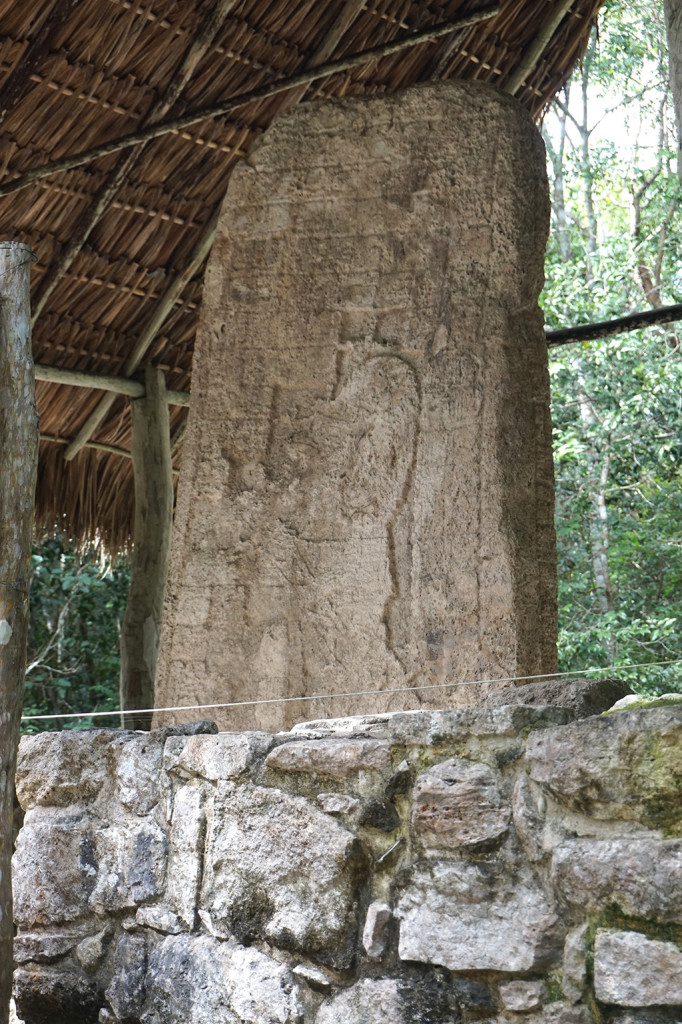 After a good couple hours at Coba, we continued onto our next stop, Valladolid, where I had mapped out a taqueria for lunch.

What to See in Valladolid, Mexico

Valladolid is a small colonial town – each street lined with pastel structures leading to a central square.

The town has received funding from the Mexican government for beautification under a program called Pueblos Magicos. They are Mexico’s hidden gems. 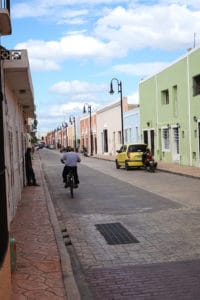 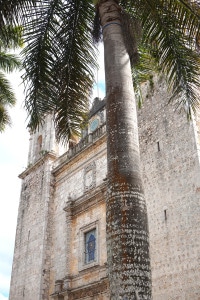 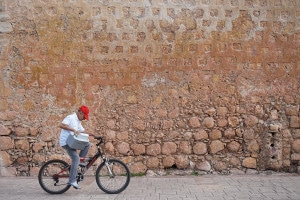 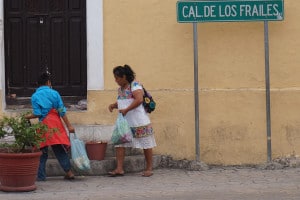 We spent most of the afternoon here – walking the streets, stopping at the local panaderia where we devoured a coconut cream filled pastry.

At the end of the Calle de Los Frailes is a fortress that is the Monastery of Saint Bernadino de Siena. We paid a nominal entrance fee to gain access to some art from the 16th century.  The convent was built on a cenote (fresh water sinkhole – see Mexico Part 1) and used the water for hydraulic power. 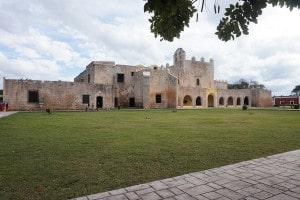 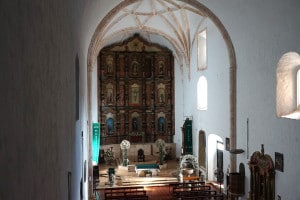 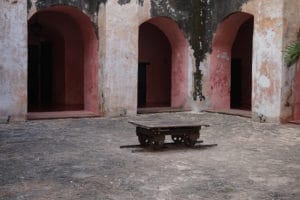 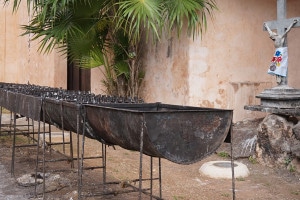 We needed to get back on the road before it got dark and it was a couple more hours to our final destination – Merida.

The next little short story from our trip  – “The Great Search”

With only about an hour of daylight left, we headed for Merida.

We had not intended to drive at night, but we over-extended our time in Valladolid and so the last hour of our journey was in the dark.

Upon approach to Merida’s city limits we arrived at a police checkpoint, which are pretty common. At night, the police shine flashlights in your window as you slowly drive by, stopping only if instructed through hand gestures.

Here is where the Tulum license plate fiasco resurfaced.

Without a license plate screwed onto the front of our car we were red flagged (you’ll remember from Mexico Part 1 we lacked proper tools to reattach it).

I rolled down my passenger side window and attempted to explain our situation in my broken Spanish, showing him the plate (la placa) was in the car with us.

That was all well and good, but we would now be searched for drugs. Bags opened. Pockets emptied. We stood on the side of the highway and waited patiently while our stuff was inspected. I was quick to show them my small bottle of mezcal that I purchased in Valladolid which they gave me the thumbs up for – I was relieved they didn’t want us to relinquish it!

Checkpoint complete. Two encounters with the federales was about all we could handle, so I am happy to say it was the last one – for this trip at least.

After checking into our Merida apartment, we headed straight to dinner at La Chaya Maya – a restaurant specializing in Yucatan cuisine. We dined on sopa de lima (a turkey and yucatan lime soup) and tamales stuffed with chicken & spices cooked in a banana leaf. I fell in love with sopa de lima. I wish had photos but the restaurant was too dimly lit for any respectable pix.

Our last three days of vacation was spent in Merida and the surrounding countryside and it’s packed with new sights and flavors. Including a stop to the Merida market which is a maze of vendors and had not a single tourist in sight! …continue to Mexico Part 3.